Being a feminist in Egypt : Mozn Hassan 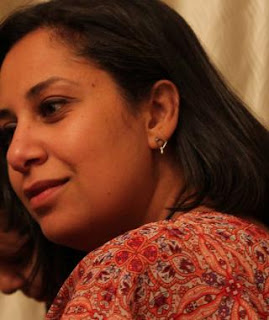 Being feminist in a country like Egypt is not an easy choice to make, it means that you devote yourself to fight patriarchy, fundamentalism, militarization and violations of Human Rights. Egyptian feminists since the emergence of the movement in Egypt in the early twentieth century were fighting the customs, traditions, rigid interpretations of religion and culture which degrade women.

Egyptian feminists were active in the national struggles for independence, they shared the tough moments of the struggles, but when they started to claim their rights, and their voices were neglected. The Egyptian feminist movement fought fiercely against the diminishing of their rights, they organized a sit in in the parliament calling for their rights as citizens to gain their political rights to vote and the fight was tough against the state, although women were granted their political rights, but the feminist pioneers faced harsher measures from Nasser military junta regime, for example Doria Shafiq was detained in her house till her death in 1975.

Since Doria’s fight with the state for equality and full citizenship, the Egyptian feminists raised many issues pertaining both the public and the private sphere.  They tackled the family laws as the most important laws that effect the daily life of Egyptian women and their families, they called for equality and egalitarianism in the law. They claimed their rights to have save spaces in the domestic sphere and they proposed domestic violence law, which is not adopted till present.
And as for the public sphere, women called for their right to participate in the political arena, in the electoral system of 2010 the women quota was adopted as a measure in to introduce more women to the parliament, but it was removed afterwards. 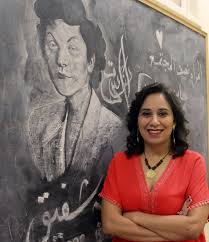 Between the public and private sphere, the personal stories of the struggles of the feminists are inspiring in the times of hardship and agony, I want to share with you a story of woman that I witnessed, a story of a young woman who had a dream and fought with integrity to achieve it. This woman is Mozn Hassan, the founder and the executive director of Nazra for feminist studies.
Mozn was born to a middle class family, where her mother taught that holding to your principles is the best choice. Mozn in her early age  looked up for the history of struggle of the Egyptian feminists, she read the biographies and autobiographies of these women who changed the course of history and fought for justice, equality and welfare of Egyptian women. She was inspired mainly by the story of Doria Shafiq and her endeavor against tyranny and despotism.   She did not know by that time, she will have similarities with Doria.

Mozn had a dream to spread awareness on the gender gap in Egypt and to work continuously to end it, she started shaping her dream, she figured out that to change the situation, we must create a vivid feminist movement . She wanted to create a platform where the feminists express their views and to be aggregated to end centuries of marginalization and misogyny. After working in various Human rights NGOS and after sharpening her academic skills by earning a master in international human rights law on the legal interpretations in the right to divorce and polygamy by the Egyptian feminist movement in the American university in Cairo. She started to think to create an organization where young feminists both men and women have a chance to articulate their interests and pursue their work to end the inequality in the society.

In 2005, Mozn started establishing Nazra for feminist studies and it was officially registered the last days of 2007 and that’s shows how difficult the process of establishing and registering an NGO in Egypt. Nazra was and is a safe space for feminists to develop their ideas and to effect the society to change its attitudes toward women, Nazra is a place that feminists gathered regardless of their background, education and political ideology. Nazra was not a typical centralized Ngo, on contrary it worked with the feminists outside Cairo to create their own struggles and to promote their own portfolios.

Mozn and Nazra were candid enough to open thorny files, they started reporting the violations of the state against the women Human Rights defenders WHRDs, they started creating a base of the WHRDs where they can build their capacities and sustain their activism. Nazra offered the WHRDs support. In addition to naming and shaming the state for its violations, Nazra questioned the fundamentalism by questioning the discourse of the Islamist government in the era of Muslim brotherhood and how they perceive the women role and status in the public and private domain.
Finally the most important contribution of Nazra was standing up for the sexual violence of Tahrir square in 2013, Nazra did not only reported the case of the sexual assaults and supported the survivors , but also advocated for their right, called for ending the status of impunity and making the streets safe for women.

I am writing about Mozn Hassan who I am proud of, and I am blessed to be one of her friends in a very critical moment of her life, when she is persecuted for what she worked for and what she tried to change and she is banned from travelling. Mozn is officially summoned and charged in the case of foreign funding.  The grip of the state is getting tighter and tighter and it is suppressing any democratic voice that claims its rights. This case is a clear example that the totalitarian state is back to hinder our freedom and liberty. Mozn is reviving the history of her great feminist ancestors who stand with honor against any degradation of women rights.  Mozn effort of promoting and protecting women rights is internationally recognized, she is awarded Charlotte Bunch award for WHRD in 2013  and  she is awarded the right live hood award .I urge the Egyptian government to stop the travel ban and let her travel to receive her award.

Hereby, I support Mozn Hassan for what she presents as an adherent of equality, justice, integrity and solidarity. I call upon all the believers of justice to support and accompany Mozn in her hard journey to stop the state tyranny against her as a women human rights defender. Your solidarity and support will make difference and they much appreciated.