on the Why do they hate us debate

Mona el Tahawy wrote her article and a fire spread out along the Middle East. By this is I am not claiming that what Mona wrote was ground breaking or unique, else it showed the dynamics related to women rights discourse in Middle East, identity politics , culture, religion and political affiliations. And finally I can add ethics.
Mona was primarily talking to her audience, which is the western audience, talking about the sexy topic "women rights in Middle East after the Arab spring". And her main argument is men "hate "us and she stated facts to consolidate her arguments. The article came with a photo of a woman painted in black to look like she is in full face cover "Niqab".
I have to say that I was puzzled when I read the article, that although I am a very clear cut person. But I could not agree with all  what she stated nor reject it all. And by that I am not pretending to be objective, because objectivity is a fallacy that does not exist.
The categorization of "they" as one solid category and "us" as one category is not conveying a clear message and actually it is not reflecting reality. Generalization is the worst trap an analyst can fall in.
I like that she raised the issue of misogyny, asked whether women are hated in the Middle East or not, however I found her argument  is very basic and she did not develop it to create a statement that we can tackle. I see that as a simplification of a very deep and controversial notion, and it is not used in the analysis of women issues in the Middle East. I think she would have presented the claimed misogyny and conceptualize it within the deep rooted patriarchal system in the region and the world as well. She romanticized    a notion that can easily be solidified and help in analysis and creating a new discourse. And in this regard I refer you to the account of my dearest Mozn Hassanon that issue for further details.
My second problem with the article is the attitude of the writer, she seemed to speak as if she the one and only one who stated these facts or raised these arguments. She did not break the wall of silence  And this is not true you can easily find more radical arguments raised  by Arab feminists in the Arab region in eras where even "the white man" betrayed his "nobility" and sold women rights issues to support dictators and fanatics in the region. Claiming that you are a pioneer only because you are well presented in media is a really problematic for me.
Finally the photo issue, assuming that someone is not empowered because of inch of clothes she wears is really a very "orientalist" argument, and in this regard i refer you to my dear friend Daila Abdel Hamid account on the neo oriental-ism disource of Mona.  Many activists and scholars debated with the dress code in the Islam empower women or not. Some sees it as the only legitimate way to access the public sphere. Personally I see it as a patriarchal bargain that women have to fit some standards in order to gain agency.  I can easily say the dress code in whatever way it is do limit women freedom of expressing her sensuality and this is not limited to Hijab only. It is a fact worldwide that women clothes are deemed to a measurement to how much a woman is "decent". In all contexts there are social pressures on women. Have a look on Cameroon where in certain tribes, traditions obliged women to show their beasts and because of "international ethics" that was outlawed by the government, negating these tribes their right to exercise their culture. So what to show and what to hide is related to societal dynamics.
I have to come to the responses on the article; I have to admit that there was a lot of patronization in replying back to what Mona wrote. I found it really annoying that many responds did not tackle the article, but tackle Mona as a person with a certain political agenda and back ground. Many raised her quotations in the incidents of banning Niqab in France and her relation with the Neo cons in the US and her point of view of "Israel". I found that sort of inquisition court style.  And I am quite sure that if somebody else wrote the same argument in Arabic and in Arabic newspaper, he/she would have been tolerated, if not celebrated.
And I have to express my astonishment from some stuff as well, the first who is allowed to represent "us". Who have the accreditation power? I know that I have always hate Leila Ahmed because she claims she is an insider, while she is wearing an outsider lens. However the issue of authenticity is really not understandable for me.
The second things that this article made some "unexpected" voices respond back, and by unexpected I mean voices which is not interested or raising women rights issue in the "normal" case. It created a situation of antagonist-ion . That it created a space of attention the international media. So the Ikhwanweb talked about their program on women rights, in English by their AUC educated Sondous Asem. And a socialist diva who has always denied any relation to her gender on her activism and always defined herself as a socialist and that's it without any related identities. I felt that many showed "genuine" care about women rights. They never ever showed before. It was all for the exportation, not for the local market.
I am not pro the article, yet I do agree with many arguments she raised. I deeply feel that women rights issue is a hot topic, yet a seasonal topic and somebody likes to be under the light .

on that part of the universe : Nubia 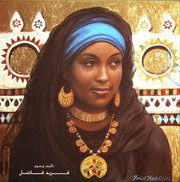 the Nubian issue in Egypt raises many questions, the race, class,  democracy, citizenship and Human Rights.
Nubians in Egypt suffered for long time from racism, alienation and neglection  for their basic rights. Sadly the Nubian issue is not on the political agenda of almost all the political fictions in Egypt, we might hear of Nubian issue only, because of the demographic mass of Nubian voters, which was crystal clear the presidential race after the revolution.
One of the main obstacles of Nubians are facing while fighting for rights, is the ignorance of the public opinion about their cause, that the " ordinary" Egyptian associate Nubia with the folkloric dancing and music and they deny the pain which prevails in the Nubian history.
Nubia is a civilization which governed Egypt in its 25th dynasty and the history of Nubia and Egypt was a serious of  struggle for domination.  Nubia was independent from Egypt, till 1820 when Mohamed Ali invaded Nubia , before Mohmed Ali, Nubians fought many Egyptian rulers like el Salah el Dine el Ayoubi and el Zaher Baberas.  Nubians suffered from the cruelty of many Egyptian rulers, like the rest of the Egyptian population, they suffered from unreasonable taxes and servitude.
In 1898 one of the most important landmarks of the region politics took place, the Mahdia revolution in Sudan, which the Nubians support and they were massacred in Toushky battle. And that's why the Fadika Nubians women wear black in commemoration of its martyrs. And then the British occupation divided Nubia, to the north Egyptian Nubia and to the South Sudanese Nubia … like many African ethnicities divided by the lines of borders drawen by the colonizer  .
Then the pain started Egyptian Nubian were forced to be displaced 4 times in starting 1902, 1912, 1932 and the last in 1964. We lost the land, heritage , culture, the environment and the future .  Nubians were exiled to Kom ombo Valley which was named by the locals near by the valley of death. And the suffering was manifested in the nursery tomb where the bones of the young children who could not survive the new harsh environment.
Then Nubians faced harsh discrimination and racism when they inhabited the cities, and they worked in the low profile jobs and they still constitute a stereotype which attack Nubians.
Although Nubians proved in many times that they belong to Egypt and they are willing to sacrifice for  a better tomorrow , but Egypt as a government neglected Nubians and as a population discriminated against them.
One might ask what are the demands of Nubians now? Full citizenship , where their history is celebrated and taught in schools as part of Egyptian history, going back to the land around the lake, naming the lake Nubia lake and having a say in the development plans in their region.
Nubia is not a homeland we live in, it is an identity, and cause we live for .
Posted by Fatma Emam at Tuesday, April 17, 2012 3 comments: 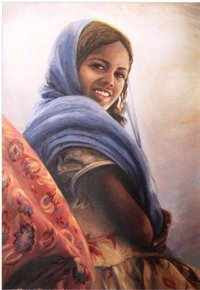 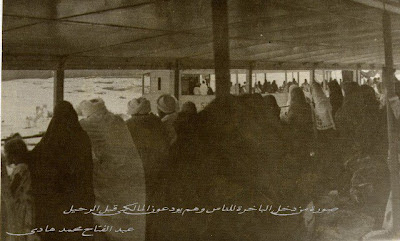