On Defamation of Religions

The Human Rights Council in the United Nations passed a resolution combating defamation of religion. Islamic countries voted for this resolution. This resolution will be used to censor any speech against religions or holy persons. This resolution is passed as a way to solve crisis like the Danish cartoons and the Dutch movie Fitna


I still remember the Danish cartoons crisis, and the hatred calls that were raised after this crisis and the damage of properties . I remember how sad I was that we Muslims changed the image of Prophet in the eyes of the world from the mercy brought to humanity to a pervert and terrorist, the cartoonist drew the image of so called contemporary Muslim not the idealistic image of the Prophet. Danish cartoons was a crisis between governments not people, it was lead by some Islamic countries to effect the internal balance of power not to defend a religious dogma. I recall the meeting of the Organization of Islamic Conference and its role in erupting this crisis not solving it, it was desperate attempt to say that we exist even if by creating irrational battle and how they made the masses the scapegoat for their international failures .
I am a practicing Muslim woman, who respect the scared texts and prophets, however I respect the freedom of expression and I see it a vital component for any society, if you have some actors or some ideas that are unquestionable, that will give authority to certain sectors of the society to claim their right to consider which speech is defamation and which is not. We will end up again in society with a sector that censor others and evaluate their speech. Injustice and inequality will take place. Sadly we will create theological system that judge people and hinder their freedom
I feel sad when persons attack the Prophet, however if I am free I will say my own point of view and defend what I believe in, I remember the great experience in Egypt in the 60's when an atheist published a book " Why I am Atheist" another book named " Why I am Muslim" was published as a reaction.

If freedom is exercised we will be equal, but if freedom is violated inequality will be the outcome.
Posted by Fatma Emam at Friday, March 26, 2010 No comments:

Women and Work in Egypt 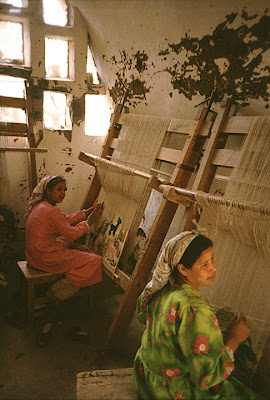 Work is essential part of our life, it is not only securing our living by its revenue, it is also remedy for social exclusion and a right to be claimed.

In the conference of women and work organized by European Training Foundation ETF. Many insights and views were shared and many arguments were raised. We discussed women and their endeavor to equality.

In Egypt, the principles of equality and egalitarianism are enshrined in the constitution. Article 40 stipulated that all citizens are equal; this article says that women should be treated equally in labor market. However this frequently violated. The last incident was the refusal of the general assembly of State Council court to hire female judges. In addition to that women are the majority of university students but they are the minority of the labor force, this is taking place because of the difficulty of transition from school to work. Women are existing in the labor market but invisible because women are working in informal sector of economy, where they have unjust work conditions.

Another article of the Egyptian constitution is article 11, which states that the state has to ensure and to assist women in juggling their careers and family responsibilities. This article entitles women to access to daycare facilities, adequate maternity vacation and flexible working hours.
i know that my sweet school mate is having hard time finding a new job because she is pregnant.

The final article I want to discuss is article 151 which states that any international treaty ratified by the parliament is considered to be part of national law. I would love to remind the Egyptian government to respect and apply its international obligations under Convention of Elimination of All forms of Discrimination against Women CEDAW, the International Covenant of Economic, Social and Cultural Rights and other Human Rights treaties.

I believe that women will break their chains, achieve their potentials and shape their future to enjoy equality and freedom. Wrote in celebration of International Women Day.
Posted by Fatma Emam at Wednesday, March 10, 2010 No comments:

I am attending a confernce on Women and Work from 7 to 8 March 2010 in Turin, Italy. it is organised by the European Training Foundation. we are celebrating International day of women in 8 of March and 100 years of Copenhagen conference.

We are disscussing three main themes: the first is transition from school to work and why women are the majority of school studnets and minority in the labour market. the second theme is enterpernuershipand how women can be economically empowered.and the third theme is socail inclusion and gender equality, why women are disadvantaged in the labour market and in the society in general.
the participants are from all over the world, only one male participant.

i am so happy, because it snowed and it is my first time to witness this and because this confernce reinforced my belif in human solidarity.we sahre almost everything but ib different ways.

i was touched when a particaipant from the former USSR encourged me to talk about the tyrannical Egyptian system, she said this is a safe place and change and better days can come.
Viva Humans
Viva Universal Human Rights
Viva Gender Equality

we are equal and we share the same destiny 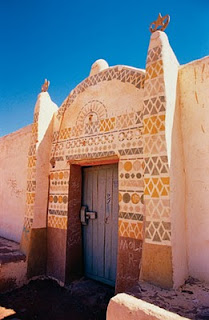 This post is not about women as usual, it is about the right to house as stipulated in the UN Covenant of Economic, Social and Cultural rights and the situation of housing in Egypt. I am writing this post as a feedback to a workshop of the housing rights, held by Hisham Mubark Center of legal advocacy; the workshop was organized to address the conditions of housing in natural catastrophes, like the current floods in Egypt in Sinai and Aswan.
We are facing huge problem of housing in Egypt, not only in the natural catastrophes, but also in the so called ordinary situations. This problem is multifaceted, it faces the ordinary Egyptian who can not afford the price of a reasonable apartment , the populations living in slums or the poverty margins surrounding Cairo and other cities, the populations who lost their houses because of natural disasters like people who are losing their houses now because of the floods in Sinai and Aswan or the populations who lost their housed because of mistake of government in dealing with the natural conditions or because of corruption like the collapse of the houses in Dowiqa hill or finally the population that displaced for developmental project like Nubians  to build the High Dam to .
The main factor in all these miseries is governmental corruption or inadequate policies. In Nubia, we were frequently displaced with each rise to Aswan Dam, and then we were displaced in 1964 to Com ombo valley, which was called the valley of death. We lost almost everything the wealth, the houses, the ecological context and the cultural environment next to the Nile, leaving old Nubia meant the losses of home as the safe place in universe, Nubians are still struggling against the unjust governmental policies of compositions and resettling, they are also trying to preserve their culture to avoid its loss with all the other losses.
What makes me sad the in the Nubian displacement of 1964, the world UN agencies especially UNESCO cared for the temples, they cared for the rocks more than the human beings. The Nubians scarified their land by force and what did they get in return ???? a law was legislated for the Nubian case in 1964 to regulate the confiscation of their lands to be public property. This notorious law was not general as it should be; it was done to address the Nubian case in particular. It negated the Nubian rights to fair trial; it stated that if the Nubians wanted to oppose the decisions of displacements or compensations to a committee of two clerks and a judge, but justice was a dream that did not come true
Government unjust policies, international apathy for human beings and the societal silence all contributed to add to the pains of Nubians, others are sharing the same pains with different stories in Egypt, when and how to alleviate their pains is the main question.
Posted by Fatma Emam at Wednesday, March 03, 2010 No comments: